Firing a Laser Into The Sky Can Divert Lightning 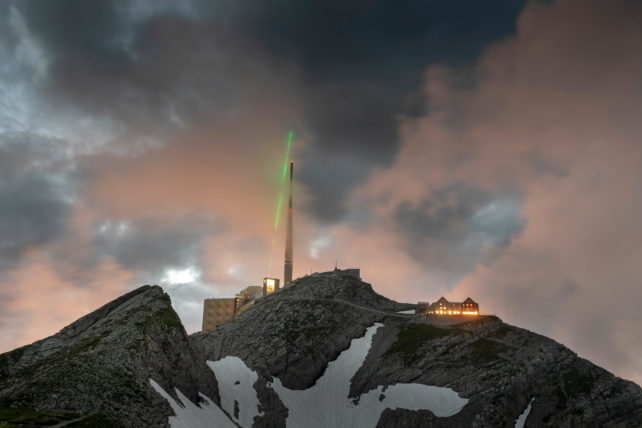 Beaming a laser into the sky could avert lightning strikes, according to a new study from a team of scientists who experimented with the lasers atop a Swiss mountain where a great big metal telecommunications tower stands.

Physicist Aurélien Houard, from the French National Center for Scientific Research’s Applied Optics Laboratory in Paris, and colleagues weathered hours of thunderstorm activity to test whether a laser could guide lightning strikes away from critical infrastructure. The telecommunications tower is struck by lightning about 100 times a year.

That’s similar to the number of lightning flashes that strike planet Earth or crackle between clouds every second. Collectively, those strikes can cause billions of dollars of damage to airports and launchpads, not to mention people.

Our best protection against lightning strikes is a Franklin rod, nothing more than a metal spire invented in the 18th century by Benjamin Franklin, who discovered lighting strikes are zig-zagging bolts of electricity. Those rods connect to metal cables that run down buildings and anchor into Earth, working to dissipate lightning’s energy.

Houard and colleagues wanted to devise a better way to protect against lightning strikes, fighting electricity with light.

“Although this research field has been very active for more than 20 years, this is the first field result that experimentally demonstrates lightning guided by lasers,” they write in their published paper.

With an increase in extreme weather events driven by climate change on the radar, lightning protection is becoming increasingly important.

The experimental campaign ran over the summer of 2021 from Säntis mountain in northeastern Switzerland. Short, intense laser pulses were cast into the clouds during a series of thunderstorms and successfully diverted four upward lightning discharges away from the tower’s tip. 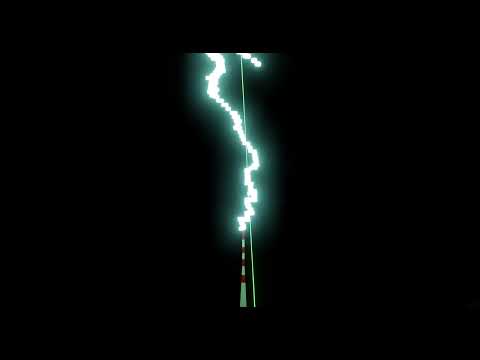 For an idea first put forward in 1974 and tested extensively in the lab, it’s thrilling to see it finally work as designed in the real world. Several earlier field trials, one in Mexico and another in Singapore, had failed to find any evidence that lasers could deflect lightning strikes. 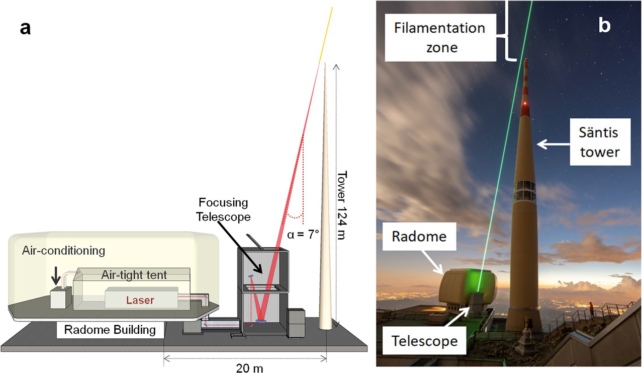 “These preliminary results should be confirmed by additional campaigns with new configurations,” write Houard and colleagues.

While the researchers are still figuring out why the lasers worked in their trials but not in earlier experiments, they have a few ideas. The laser Houard and colleagues used fires up to a thousand pulses per second, much faster than other lasers used, allowing the green beam to intercept all the lightning precursors forming above the tower.

Firing a Laser Into The Sky Can Divert Lightning, Experiment Shows

Don't try this at home, but beaming a laser into the sky could avert lightning strikes, according to a new study from a team of scientists who experimented with the lasers atop a Swiss mountain where a great big metal telecommunications tower stands.

I bet IR works too. Want to get zapped? Just stand outside pointing your laser into the sky during a thunderstorm.