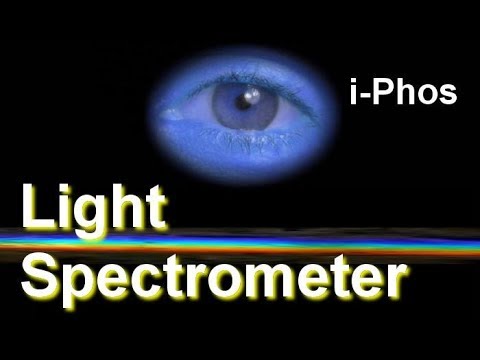 The i-Phos HD 370-950 nm Light Spectrometer is an inexpensive instrument for those of us who don’t need a professional unit to measure wavelength and to date is one of the best deals I’ve found on the net for use in my laser hobby.

At about 1/10 the cost of a low end professional unit, I don’t see how anyone who needs to measure light to a resolution of about 2 nanometers from 370 to 950+ nm can go wrong at the price offered

(More below about how I was able to measure exactly 1064 nm from a stable source through a 1 mm wide slit). 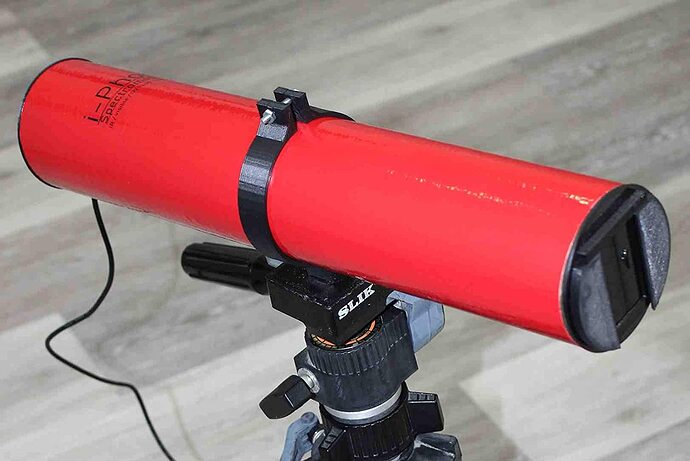 iphos_hd1500×1003 85.5 KB
The tube is made of cardboard and plastic containing a USB camera and transmissive film diffraction grating to produce lines of spectrum which together with the Theremino software, act as a psuedo line camera to measure wavelength. 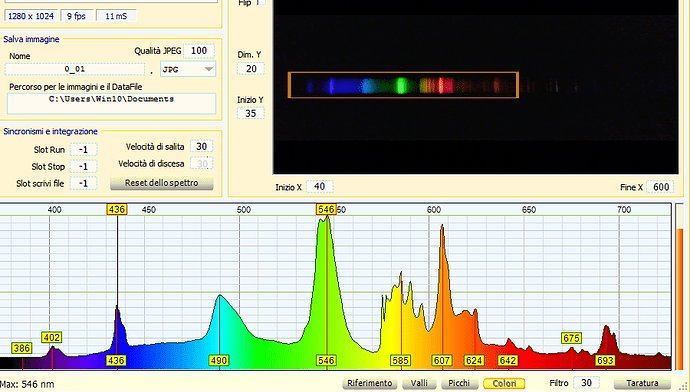 Spectrometer_V3.0_ITA_3900×512 198 KB
Above, free to download software spectral measurement of a CFL florescent lamp. More on this as well as calibration below.

Comparing the i-Phos HD to a Professional $1500+ Spectrometer:

2. Ability to measure a fairly wide spectrum from 370 nm UV to 950 nm NIR (further into IR at reduced sensitivity). Although this unit does not measure all of the UV or NIR spectrum, for many users the amount is more than sufficient.

4. The calibration source can be an inexpensive and easy to obtain florescent bulb for use as a highly accurate line source (specific wavelength reference).

5. Free open source Theremino spectrometer software which allows the internal USB camera to work with many versions of Windows as well as Apple, Linux and Android: WinXP/Vista/WIN7/WIN8, Linux with UVC, Mac-OS X 10.4.8 or later, Win CE with UVC, Android 4.0 or above.

Note: I don’t yet know how far beyond 1064 nm into Near-IR the camera this unit uses can go, but typically the sensitivity of such cameras drop off rapidly above 1000 nm.

1. A bit more wavelength drift than many professional units.

Note: The drift is so slow after a few minutes I can’t even see it moving, so I probably shouldn’t even call this a con, drift is normal and expected for these instruments whether inexpensive or much higher priced. Unless TEC stabilized (which most professional units aren’t and extremely high priced if they are) slow drift will occur, especially in temperature unstable environments. Due to this, most spectrometers are calibrated just before use through a simple software procedure using a reference source light, some expensive, some not. The spectral lines of an inexpensive florescent CCFL lamp which can be purchased in any city works great with this unit.

2. Less resolution than some of the higher end units which have an accuracy of <1 nm.

Note: Again, perhaps I should not have listed this, not considering there are 1600 dollar spectrometers which are advertised to have close to the same resolution I was able to experience with this unit when using a 1 mm wide slit (after careful calibration and waiting 15 minutes to temperature stabilize). For more information on spectrometers, please read the following:

When searching advertised spectrometer specifications you will find the finer or higher the resolution, the more spectrum limited the instrument will be, engineered for many different blocks of spectrum. *Often the instruments available are accurate for the visible spectrum and about half or less of the ultraviolet and near infrared spectrums. Currently, it is not possible to build single stage instruments which can accurately measure the full range of ultraviolet at 10 nm through 2500 nm near infrared, a range which includes the visible spectrum.

3. Level of power or peak power not as linear as a high end unit which uses a line camera.

Note: For laser hobbyist use, we are mostly interested in measuring the CW wavelength of fairly narrow coherent sources and seldom need to do high accuracy spectral power measurements. For power, most of us use thermopile meters which measure the amount of heat produced into a thermal load in watts.

Let the unit warm up (internal USB camera on) for 15 minutes and the drift is so slow it appears to stop, then use a common florescent light bulb which has exact spectrum lines to calibrate the spectrometer against, then you can measure at close to 1 nm accuracy, if closing the slit enough. Narrowing the slit requires more light into the unit, but we have plenty available with our laser pointers. Just aim the pointer at something close and aim the spectrometer at the same spot and it works great. 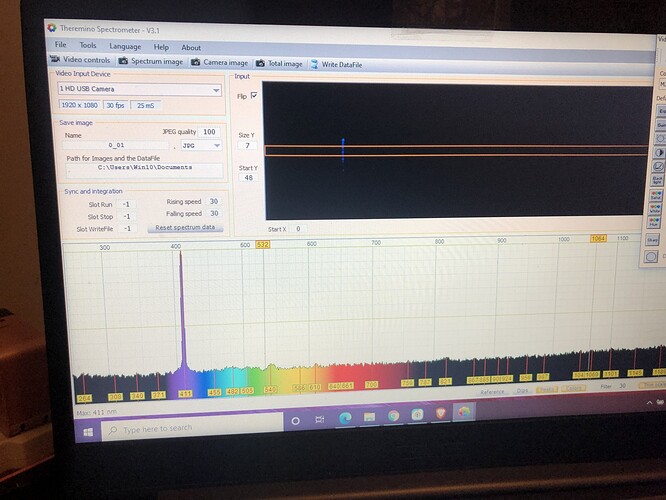 The above photo shows the spectrum from a GH04W10A2G laser diode at 1.5 watts output. In addition to measuring the center wavelength, you can see how wide the energy at 411 nm is from this laser diode which compared to incoherent light sources is very narrow. Measuring the width of the top of the spike gives a better measure of spectral width from laser sources, not the base. Some of the width will be due to instrument inaccuracy which is normal for diffraction spectrometers, some more, some less, of course less (higher accuracy) costs a lot more.

Also, see below. I was able to accurately measure both the 532 and 808 nm spectral line outputs from a green DPSS laser pointer at the same time, finding that the calibration was holding well, once performed. Note: Many inexpensive green DPSS laser pointers do not have an IR filter, so some of the infrared diode pump power to the non-linear SHG crystal will commonly be present at the output too. 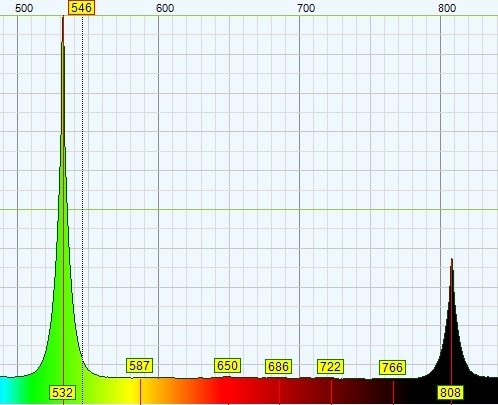 Spectral measurement of a 532 nm DPSS laser without IR filter. 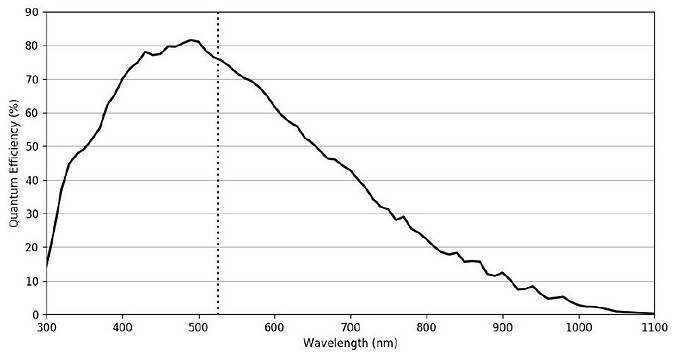 The above graph is from the ZWO ASI178MC CMOS Camera, not the same camera used in the i-phos but CMOS cameras of this type have similar spectral sensitivities. As you can see, this camera was designed for use centered in the visible spectrum with less sensitivity in the blue and red which more closely mimics the spectral response summation of the human eye.

This instrument works great to measure wavelength which is why I purchased it, but would be more ideal if the indicated spectral energy was more linear to better represent the full amount of spectral power present from at least 400 through 750 nm to cover the visual spectrum. Since the Theremino software is open source, a conversion could be built to normalize the typical spectral response of CMOS cameras which are so similar. While such would not make the camera any more sensitive in the UV and near infrared spectrum, it would at least make the graph more linear. Of course, using the above graph we can do some simple math using the percentage and wavelength scales to get the same information. For relative measurements of the spectral attenuation of materials we don’t need this, but such would be nice to have built into the software.

Although 1064 nm is at the very low end of the curve, I saw a huge spike at that wavelength when measuring the spot from a 1+ watt DPSS laser pointer on the wall at that wavelength a few feet away, so if you have enough light, it will measure just fine at 1064 and I also expect the same for the shorter wavelength UV end below 370 nm. The spike was so large at 1.06 um, I’m guessing with enough light a longer wavelength can be measured. See below: 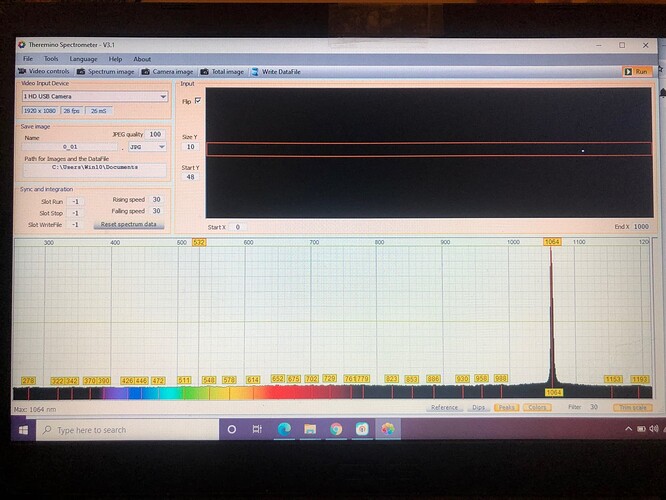 IMG_70461920×1440 257 KB
Above, DPSS laser pointer NIR output measured at the exact 1064 nm wavelength it produces, the i-Phos more accurate than specified 100+ nm outside of the advertised wavelength range. Slit narrowed to 1 mm for this measurement.

Below, the lamp and spectrum of a common CFL used as an inexpensive calibration source. The 436 and 546 lines are stable, the others move around from one lamp to another. I have also used 532 and 1064 nm DPSS pointers as calibration sources. 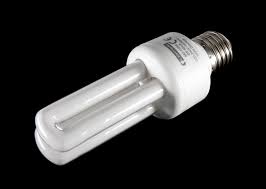 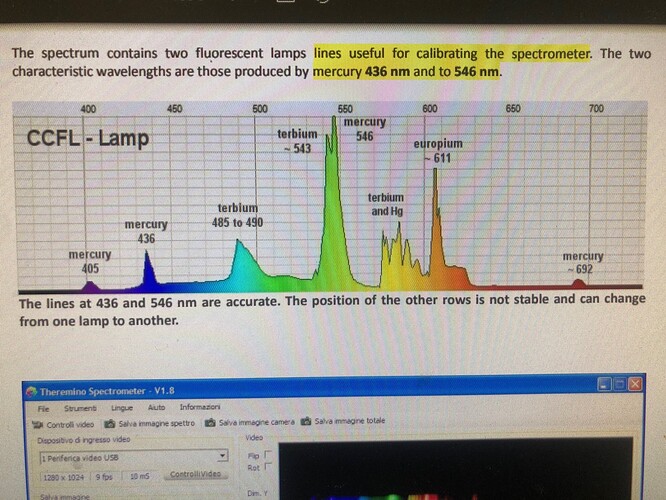 Athough made from inexpensive materials, I have no reason to purchase a $1500+ dollar spectrometer when the i-Phos HD can perform so well at a fraction of the cost using well developed open source software.

For this review I came up with 5 pros and 3 cons, of which two cons are moot for me. The one remaining con is due to the spectral response of the web camera not being as linear as a line camera used in professional units. This does not affect the ability measure wavelength except perhaps if more intensity is needed. However, if more light is needed either produce more, if possible move closer to the source or open the slit more. The only drawback to using a wider slit to allow more light to enter is doing so can reduce the wavelength accuracy.
—————————-

Thanks for scrolling completely through. The first member who speaks up for one of these will get one free, whether admin, moderator or core member. I am not associated with the manufacturer in any way except as a customer and paid full price for my i-Phos. The i-Phos I have offered as a forum benefit is solely on me, first come first serve. In the future I will offer more items to members just for being here.

These look impressive for the price. Nice job capturing 1064nm btw. Could potentially help us then in solving the pump wavelengths in some of the new dpss lasers.

Yep, for what most of us need, this unit works well. Received your PM, one will be headed your way soon.

NP. I have some UV diodes coming to see how much shorter the unit can measure below 370 nm. The maker appears to advertise this instrument at a narrower range than it can really measure. Doing so isn’t necessary for our use with lasers where a 1 percent sensitivity curve on the far ends doesn’t matter, the unit will still detect fine in the lower sensitivity regions with enough light, which we have plenty of.