I have always wonder about waterproofing lasers. I never really attempted it because i didn’t want to lose a diode unnecessarily. However given that i just killed 2 perfectly good 638nm reds, i was feeling a bit crazy and decided to risk losing a sharp 505nm this time. Somehow, things worked out and now i have a waterproofed laser pointer.

I used a 18650 stainless steel host for this build. Its was originally a flashlight. For the waterproofing, i literally reused the flashlight parts. The secret is getting a good water-tight seal. For that, i just screw the module down extra tight with the brass retaining ring, this helps to push the entire assembly against the o-ring and front glass, creating the water-tight seal we need. I then did the same for the retaining ring for the tail switch. Then i threw in a battery and closed it all up, visually inspected the front and back of the host, and did the underwater test. 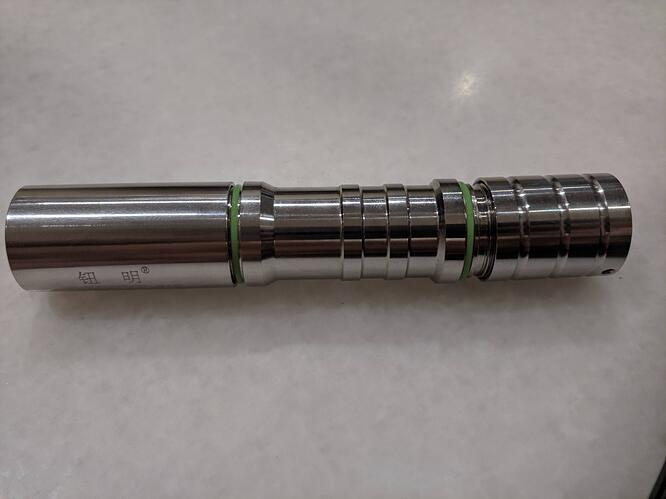 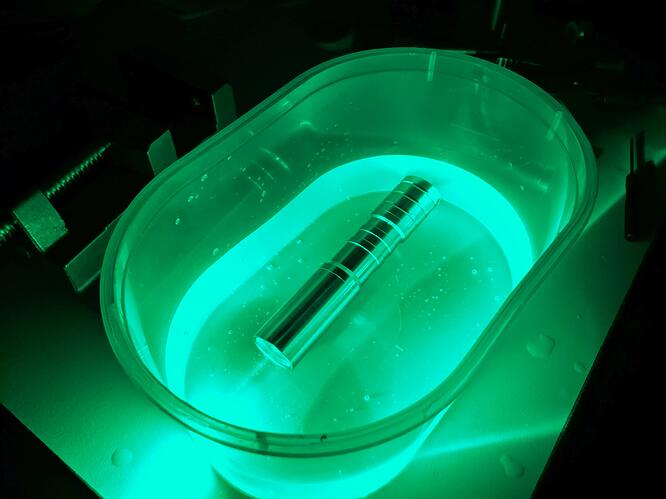 I don’t have access to a pool so a little container of water would have to do. Besides that, i think further modifications are needed for it to endure the higher pressures when its under a couple meters of water. I left it running in the container of water for about 30 minutes and then i got bored and stopped the test. It worked really nicely and there was no water in the host when i opened it and checked.

Here’s a short video of the test: 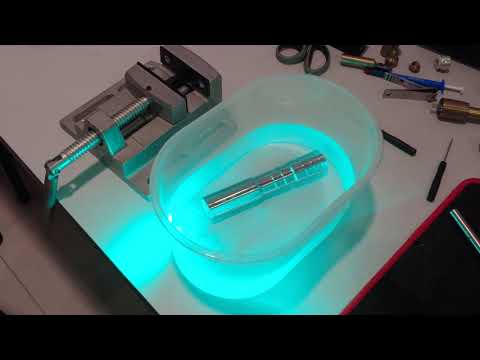 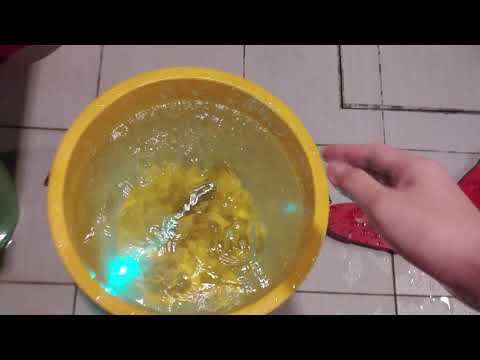 In the future i might attempt to make it more waterproof by adding some silicone glue to the front glass+o-ring and also gluing the rubber tail cap to the host. Coincidentally, i stumble upon Gianakakis’s post on a very similar build (same size same wavelength) right after i completed this. I think i will use some teflon tape at the host threads when i do the pool test.