Well, it turns out that my off-topic recess I took Wednesday night ended up being related to lasers after all. I signed off early to watch England play Denmark in the Semi-finals (we won 2:1 :p), and the crucial penalty had some stupid fan shining a laser at the goalkeeper. 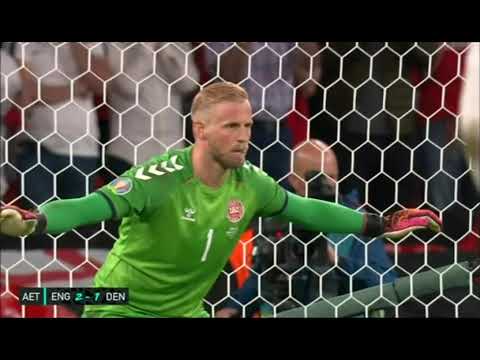 It is never ok to shine a laser pointer at any person or vehicle under any circumstances. It is clear from the footage that the laser involved is a typical overpowered eBay laser so presented a serious risk to the player involved. His professionalism did shine through however.
It is a shame that a very good football match had to be ruined by some classless fans.
Worse still, its bad press for laser pointers. Especially on such a high profile event.