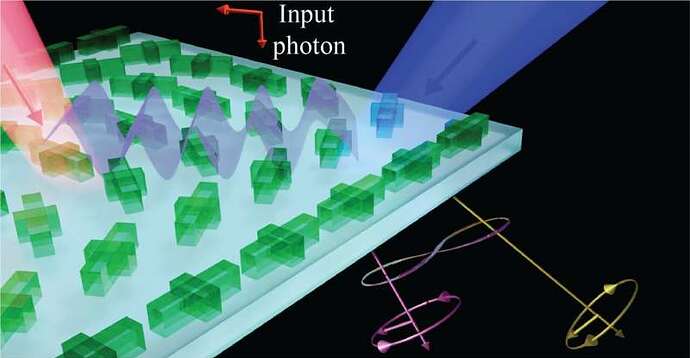 A team of scientists at Los Alamos National Laboratory propose that modulated quantum metasurfaces can control all properties of photonic qubits, a breakthrough that could impact the fields of quantum information, communications, sensing and imaging, as well as energy and momentum harvesting. The results of their study were released yesterday in the journal Physical Review Letters , published by the American Physical Society.

“People have studied classical metasurfaces for a long time,” says Diego Dalvit, who works in the Condensed Matter and Complex Systems group at the Laboratory’s Theoretical Division. “But we came up with this new idea, which was to modulate in time and space the optical properties of a quantum metasurface that allow us to manipulate, on-demand, all degrees of freedom of a single photon, which is the most elementary unit of light.”

Metasurfaces are ultrathin structures that can manipulate light in ways not usually seen in nature. In this case, the team developed a metasurface that looked like an array of rotated crosses, which they can then manipulate with lasers or electrical pulses. They then proposed to shoot a single photon through the metasurface, where the photon splits into a superposition of many colors, paths, and spinning states that are all intertwined, generating so-called quantum entanglement—meaning the single photon is capable of inheriting all these different properties at once.