Post your cool stuff you own in your home

Hi guys,
In a time of gloom I thought it might be a decent change to talk and share our ‘coolest’ possessions.
It can be absolutely anything, from lasers or signed memorabilia to the weird and unexpected. If it is ‘cool’ to you post it.
Hopefully this can grow into a fascinating thread and act as a positive distraction to the world outside.
I’ll kick this off with my own.

), a 3D printed tritium nightlight to a soviet era Geiger counter. However I personally believe that my meteorite sample tops them all, at least in terms of scientific coolness.

A very brief background on this meteorite. It was originally a 175kg rock which fell nearby Zag, Morocco on Aug 4/5 1998. Hence the name. The meteorite is of chondrite form. To keep this briefer more info can be found in the links provided and a quick google search.

So around 8 years ago I decided to take pot luck and order a sample slice of this meteorite. I did my research to first determine whether the site had a positive reputation before buying as I’ve heard about the influx of fake meteorite samples online. I however didn’t expect to have anything to arrive of any real significance than the little slice of chondrite advertised. It was more for my own personal satisfaction of owning a chunk of something ground-breaking. I’ve wanted to own a piece of meteorite for years so why not make it a special one?

What I received is fairly decent sized H3–6 sample. I haven’t weighed it, but was specified between 10–30g. It is a lovely specimen to observe and hold. With many fascinating minerals and crystals. Some of which are troilite, chromite, chondrules and many more.

Sample in its original packaging. 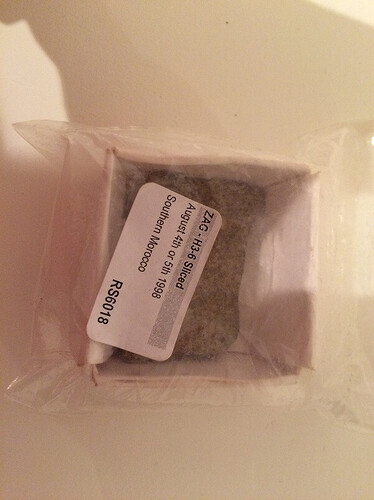 Here is one side of the sample. You can see just how cluttered with minerals this meteorite actually is. One thin slice and there is plenty to observe. 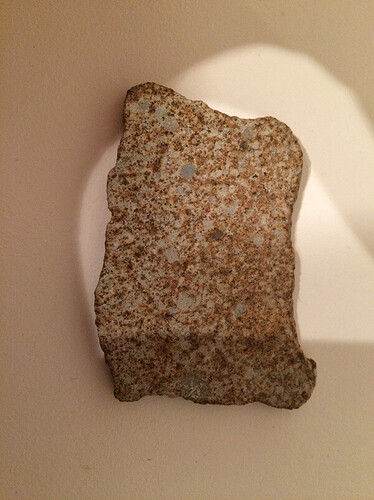 And it was out of pure coincidence that when I observed the meteorite on the opposite side in differing light angles I would see beautiful metallic reflections speckled on the surface. They could either be specks of chromite or nickel-iron. That I’m not 100% sure on. However it was a patch surrounding a dark patch that got me fascinated. The reflections acted almost like a beacon to this contrasting region. 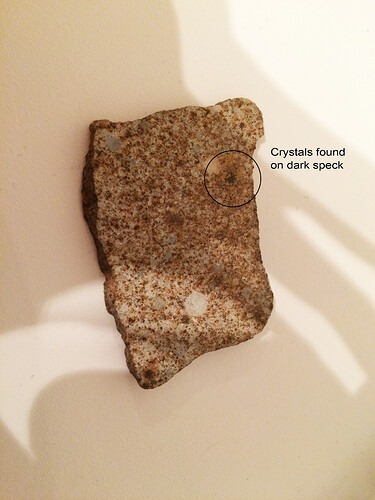 Under normal viewing it doesn’t appear to be much. Just some dark spot. However if you get the light angle just right so that the light source in the room reflect straight off the surface into your eye. You see a glimmer of blue suddenly appear. Note that blue speck is unlikely one crystal but a cluster of tiny crystals. Careful observation will allow you to see other tiny blue specks of light appearing in and around that area. To date, that local patch is the only zone I’ve encountered them. However it won’t stop me looking for more. Photographing them was difficult. It required one person holding a torch at the right angle to the camera. Because of this getting the focus 100% was difficult. But the image below clearly shows blue light presence and the shiny metallic metal specks I was on about. 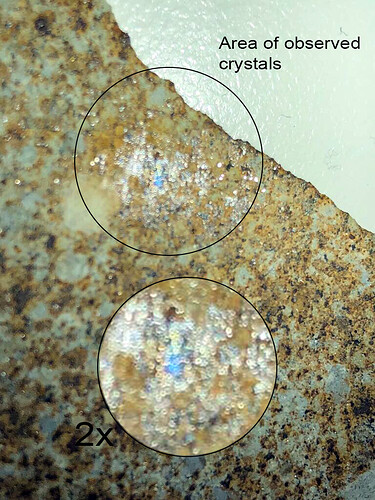 For me personally the best part is that those crystals are blue halite. Or saltwater crystals. They are supposedly dated to be older than the very planet you are reading this on. Dating was done based on Iodine-129 presence. This element is not found on Earth as it decays into Xenon-129. Not only has not only has approved ‘alien’ water been found on this meteorite. But also hydrocarbons and amino acids have been found contained in those crystals.

Another intriguing element is that this and another water bearing meteorite (Monahans) are believed to be linked to one stellar source. This is still under debate, but the implications are huge if true.

I know some people have other ideas of what ‘cool’ is, but you can’t get ‘cooler’ in my books having foreign water and maybe even amino acids in a piece of space rock by your bedside.

Provided below are some resources I could gather quickly for further information if wanted. Any questions, ask away. I’m interested in learning more about what I have in my possession too.

A novel organic-rich meteoritic clast from the outer solar system

Meteorite Found to Contain Water From Our Solar System’s Infancy

I hope people enjoy using this thread. Just some minor rules for fair use:

Hi,
This might not be cool but these machines are great to keep in shape
Rich:) 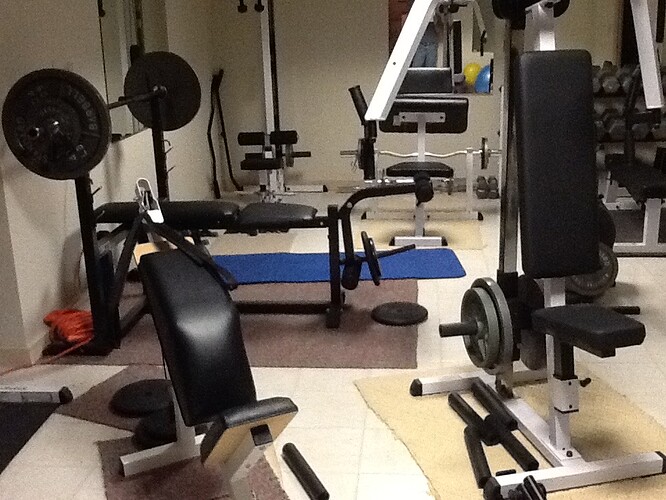 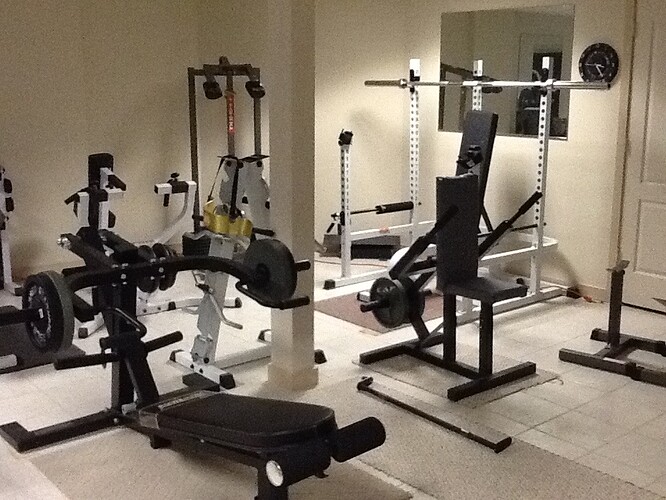 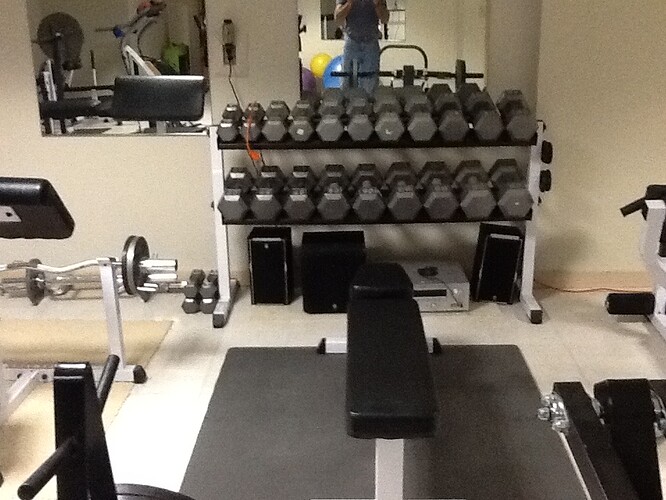 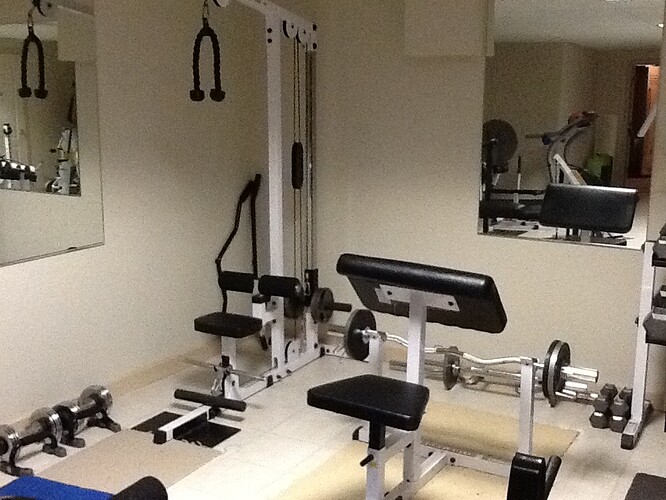 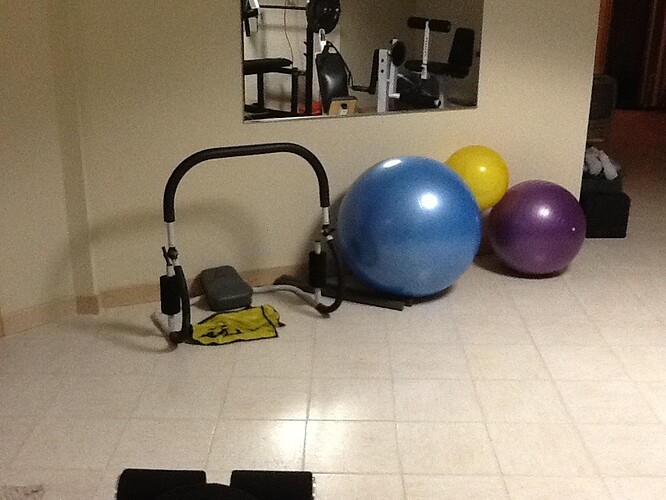 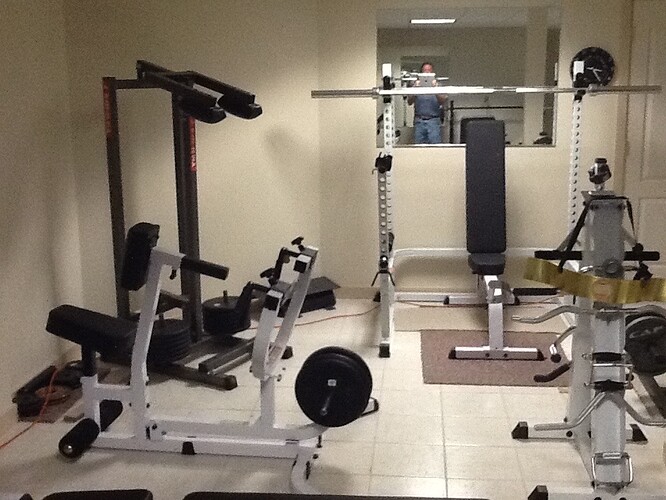 Cool, thanks for sharing. Not everyone has their own personal gym.

Hi Curtis ,
At my age I need all the help I can get to keep in shape and keep up with the wife.
Rich:)

That is positive thing, we all need to look after ourselves. Staying fit and healthy surely helps.

Thanks Chris,
lots of work getting it together I do 3/4 days a week for an hour + besides my full time job.
Rich:)