Hey there, it seems like supply is pretty dried up for yellow modules. The best i can seem to find is a 10mW unit from dragonlasers for $400, and that’s about it unless CNI can offer other yellow modules at similar pricing. OPT doesn’t make 575nm units anymore right? All other yellow/orange units i can find on ebay are labbies. Any other leads? Thank you very much

Yes. Change in laws and consumer markets seems to have really stifled things. Dragon Lasers is still one of the best places to get hold of a 589nm one without requesting. However it’s worth directly going to CNI and getting quoted for 589nm instead as they will offer more power options. Dragon lasers are just resellers. But a good one.

As for 575nm. They really have dried up. We keep following Lasence on Alibaba. They are a good Chinese company that makes their own products specialising in self doubling crystals. It is obvious they don’t grow the crystal but they produce the dpss units directly. However they are having issues getting stable crystals to produce 575 again. Lime green doesn’t seem to be hit by the same issues.

very unfortunate, that 2W unit near that 575 line is really incredible looking. I almost like that yellow better than the golden yellow we’re more used to. How about roithner lasertechnik, are they a CNI reseller as well? their units look different. I bet they’d be more expensive though. I’ll give CNI a shout directly, thank you!

I’m not sure about lasertechnik.
That 2W is a 577nm OPSL. Chris got lucky getting hold of some. Amazing units.

I love yellow, I’d share photo’s of the beam output but even though 577 nm, my two watt laser looks green when I photograph it. It is the same model of laser raffleticket bought, I know, his ID is something different, but that’s close. Trying to remember it.

… not actually Russian for anyone confused.

Russian people aren’t so so bad, their leadership is though. OK, he bought the last one, there were three of those listed on ebay.

I feel sorry for the majority of Russian people. Very rightly so it’s the government. A lot of brainwashed people in that country.

Like the USA has been brainwashed for decades, we are now just figuring it out.

We all are being brainwashed. It’s just to what extent.

Tribalism does that. Here’s a photo of what is in side my 2 watt unit: 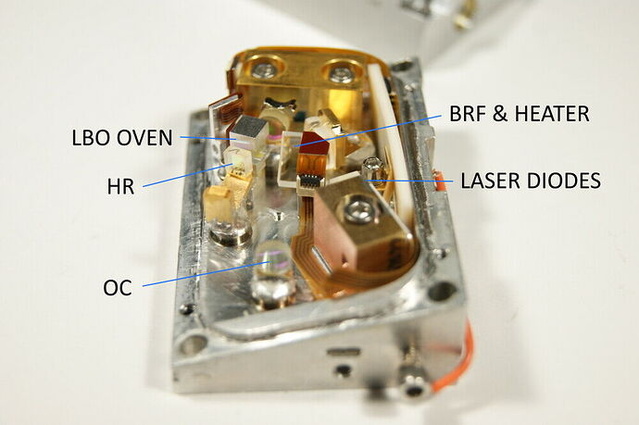 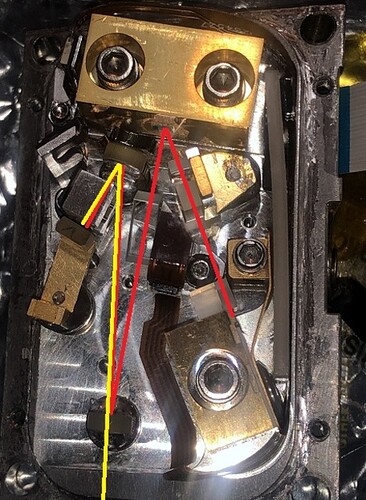 It’s an impressive unit. It’s design is quite compact.